The 2009 Omega Constellation: A configuration of stars

In 1982, Omega launched a watch which introduced a radical and enduring design concept. The watch was the Constellation Manhattan and its now-famous В«GriffesВ» or claws placed it among the ranks of the worldвЂ™s most instantly identifiable timepieces. The Griffes were not only striking aesthetically, but were also highly functional in those days: they held the sapphire crystal and gasket firmly against the case, contributing to the watchвЂ™s water resistance.

While the Griffes were initially introduced for their functionality, their individuality played a greater role in the ConstellationвЂ™s remarkable popularity than anyone could have imagined: they became the trademark which defined the watch line.

1995 marked the next major milestone for the Constellation. That was the year that Omega started working with brand ambassadors, prominent among them supermodel Cindy Crawford. Cindy actively participated in the design selection process with OmegaвЂ™s watch specialists and the Constellation famously became В«CindyвЂ™s ChoiceВ».

The Constellation line introduced in 1995 has, since its launch, gone on to be a favourite for Omega fans around the world.

Evolution and revolution: the 2009 Constellation

The next phase in the evolution of this popular and recognizable wristwatch вЂ“ OmegaвЂ™s re-design of the entire Constellation line вЂ“ has been one of the most eagerly anticipated global launches of 2009.

Why change a winning formula?

A popular colloquial saying in English suggests, В«If it ainвЂ™t broke, donвЂ™t fix it.В» In other words, if something is working well, thereвЂ™s no reason to change it. Why did Omega choose to update and upgrade one of the most popular and iconic watch lines in the world?

For one thing, Omega introduced the first movement equipped with a Co-Axial escapement in 1999 and its revolutionary Co-Axial calibre 8500 / 8501 , designed entirely in-house, in 2007. When the previous Constellation collections were created, this radical new technology hadnвЂ™t yet been perfected.

Omega is now making its industry-changing Co-Axial movements available in all of its watch lines.

Omega has taken the opportunity not only to equip the new Constellations with its proprietary Co-Axial technology but to upgrade their every detail. The famous claws still define each Constellation but their design has been subtly refined and updated. The bracelets have the familiar horizontal links but the new В«Mono RangВ» bracelets, which feature butterfly clasps, have been re-engineered for maximum wearer comfort.

Evolution of an icon

The new Constellation watches are available with dials in a variety of colours including silver, champagne, brown and black. There are also models featuring white mother-of-pearl dials which are particularly striking. Some of the dials are enhanced by the dramatic supernova pattern emanating from the Constellation star. The ConstellationsвЂ™ В«DauphineВ» hands are either rhodium plated or made of 18-Ct red or yellow gold and coated with Super-LumiNova.

All of the new Constellations are water resistant to a depth of 100 metres .

Cindy and the Omega Constellation вЂ“ an enduring love story

No individual is more closely associated with OmegaвЂ™s Constellation line than Cindy Crawford. Cindy has been wearing them since 1995 and even had a hand in their design. The ultimate super model has become the perfect role model, demonstrating to people all over the world that it is possible to balance an active private life and a demanding career. She says, В«My life used to be all about fashion, but these days itвЂ™s about juggling work and family.В» She adds, В«Omega watches are a beautiful fashion accessory as well as the perfect way to keep my life on track!В»

The scope of the launch of these Constellations is unprecedented. With its upgraded features and updated design, its selection of dials and its diamond options, the appeal of the new Constellation line will be extended to an even wider audience вЂ“at least one watch in the Constellation line is ideally suited to every wrist.

The Co-Axial technology at the heart of the new Constellations

All of the mechanical watches in the new Constellation line are equipped with OmegaвЂ™s radical Co-Axial escapement. In simple terms, the escapement is the heart of the mechanical watch, as it maintains the oscillations of the balance, the watchвЂ™s regulating mechanism. The Co-Axial escapement, which Omega introduced in 1999, was the first practical new watch escapement to be introduced in some two centuries. It reduces the friction among the parts that transmit energy to the other components. The result is a reduced need for servicing for the movement and, above all, greater stability of the watchвЂ™s precision over time.

The 38 mm Constellations feature OmegaвЂ™s Co-Axial calibre 8500 / 8501 , the in-house movement which sparked the revolution in the way mechanical watches are made. Each of its 202 parts was created in-house, from inception.

The 31 mm models are fitted with the Co-Axial calibre 8520 / 8521 , the Omega Co-Axial movement designed especially for smaller watches. Its В«Si 14В» silicon balance spring, with unparalleled resistance to shock and other external disturbances, contributes to this ConstellationвЂ™s stable chronometric performance.

The 35 mm members of the new Constellation family have the Co-Axial calibre 2500 , the classic movement which introduced Co-Axial escapements to the world.

The smaller models are equipped with OmegaвЂ™s robust and precise quartz calibre 1376 movements and there is also a quartz option for the 35 mm Constellations which are available the Omega quartz calibre 1532.

Every constellation in the universe has its brightest stars, and in OmegaвЂ™s new Constellation line, nothing glitters more brilliantly than the jewelled watches in the Luxury Edition.

The Omega Constellation Luxury Edition watches shimmer with round diamonds whose seemingly random distribution in an intriguing В«snow settingВ» elegantly respects the geometry of each jewelled component of every watch.

The Luxury Edition was created to express the values of the new Constellation line in the most glamorous terms imaginable. Its uncompromising luxury is represented by one of the most elegant wristwatch collections released in OmegaвЂ™s 161-year history.

Carrying on a tradition of excellence

The new Constellation line is a dynamic, contemporary upgrade of a watch which is an essential part of OmegaвЂ™s heritage. It is a worthy successor to its famous ancestor while proclaiming its own originality, design excellence and technical innovation.

Crawford, who has been an Omega spokesperson since 1995, was in London to help in the launch of the re-designed Constellation line, which she has promoted since her earliest days with the brand.

Accompanied by Omega president Stephen Urquhart, CrawfordвЂ™s working day started with visit to the Omega Boutique at London Westfield, where she autographed a box containing a new Constellation watch. The box and its contents were placed in a transparent safe which was locked and taken inside the shop where it is now on display. Mine-Boss, 47 years: Dior christal Purple Rubber babysit for desire be the extreme fusion of the most delicate to the with connotations of wonderful colors, and created a perfect utter harmony. Bizarre and impractical Purple Rubber, last will and testament in perpetuity be the best choice representing your self shine.

Mirzo, 44 years: But the loveliness and strictness is still entirely drawing to watch buyers 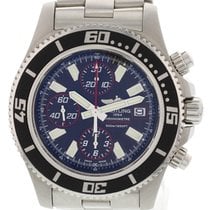